Margaret Jensen Connet became involved with the Young Women’s Resource Center when she was working in Ames with homeless youth and heard that a group of feminist women were starting a new agency in Des Moines. She had personally fought gender role stereotypes growing up because of her love of the outdoors and being told she couldn’t do things because she was a girl. During high school and college, she was active in social justice movements and began to form an understanding of how the roots of oppression of women, people of color, people experiencing poverty and anti-war activists all intersected. In 1977, Margaret applied to work at the YWRC and became one of the first-ever staff members. 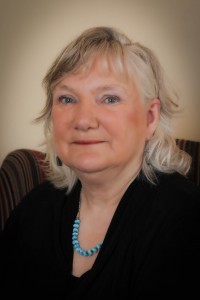 Margaret states, “The mission of the agency is so critical in supporting the empowerment of young women and helping them to be strong, self-confident and successful. A feminist approach contends that women are in a disadvantaged position in the world due to sex, gender, sexuality, race, ethnicity, class, age and other categories. Many problems that arise for women are due to disempowering social forces; thus the goal of support is to recognize these forces and empower the client.”

With Margaret’s rich and early history with the YWRC, we are very fortunate to have her most recent involvement through volunteering on the 40th Anniversary Event Series Planning Committee.

“Serving on the 40th Anniversary Committee and chairing the “Breaking Barriers: Female Firsts” sub-committee has been really engaging and fun. I have met some incredible staff and volunteers and gotten to learn more about the great work the agency is doing. I have gotten in touch with many former colleagues and it has been great fun to reminisce about our time together at the YWRC. I have had fun researching the women our committee is selecting for the Female Firsts event and been so inspired by their ground breaking stories.”

A favorite memory of Margaret’s occurred in May of 1995. She received a “Woman of Vision” Award from Gloria Steinem at the M.S. Foundation and Louise Noun received an award for Intergenerational Philanthropy and Activism. The ceremony took place at the Plaza Hotel in New York City. At the time, she had resigned her position at the YWRC and gone to work for the DMPS. The call came from Marie Wilson, President of the M.S. Foundation.

“I was humbled by the whole thing and accepted the award on behalf of the many women in Des Moines who had put their heart and soul into bringing this wonderful agency to life, and to all of the staff with whom I had worked who brought passion, empathy and devotion to making the YWRC successful, and finally, to the young women I had come to know who brought their pain, their overwhelming circumstances and their incredible energy to us. Nothing shines like a young woman who suddenly gets it and knows she can survive and be strong.”

Margaret’s role models growing up were her mom, who was a Navy WAVE and a gunnery instructor during WWII as well as Dale Evans and Annie Oakley because “I wanted to be a cowgirl.” Her role models today include Gloria Steinem, Angela Davis and Ruth Bader Ginsburg.

“Female dignity and freedom can only come through the support of a feminist philosophy. I have hope in my heart that in solidarity we can give the message to all girls and young women which appears on the YWRC’s website: ‘You are valuable. You are strong. You are capable. You are smart. You are confident. You are creative. You are beautiful. You are brilliant.’ Don’t let anyone else ever define you. You have the power to unleash all of the potential within you. And yes, you deserve every chance and opportunity to pursue and achieve your own dreams.”

Thank you Margaret, for everything you have done and everything you continue to do for the YWRC and the girls and young women we serve. Thank you for your passion, commitment and encouragement.